What did you do to your Titan Today?

Joined 2 mo ago
·
8 Posts
2011 Titan SV.
Oil catch cans, $18.99 each on Amazon, free ship, made in China, 750ml with a drain. I'm going to re-orientate the passenger side can top, (it is moveable once you take all the screws out), so the hose bibs are opposite of where they are as it interferes with the engine cover. I will then get longer hose to re-route the in/outs, this way the cover pops on as it should.
I was also thinking of having a small mod on the bottom of the drain and make it an open/close petcock to a long drain hose so it all comes out just after the frame and suspension area.
I made the brackets out of aluminum I had laying around the shop and tried to chose the best location so they are hard mounted and not just flopping around. I am going place some small rubber/foam pieces, (like you insulate copper pipes with), around some of the existing plumbing so if there is some vibration, the parts don't rub.

Joined 22 d ago
·
2 Posts
Got some new tires and a toolbox. Took off running boards, air dam, and mud flaps. Got windows tinted. Starting to lose the grandpa look it had when I got it last week.

2012 SL, Texas Edition, Big Tow, Blizzard white, Tastefully modded (in my own expert opinion, lol)!
Joined 2 mo ago
·
168 Posts
I added some LED strips to my bed rails. I tied them into the OEM cargo lamps so they work with the doors and dash switch. 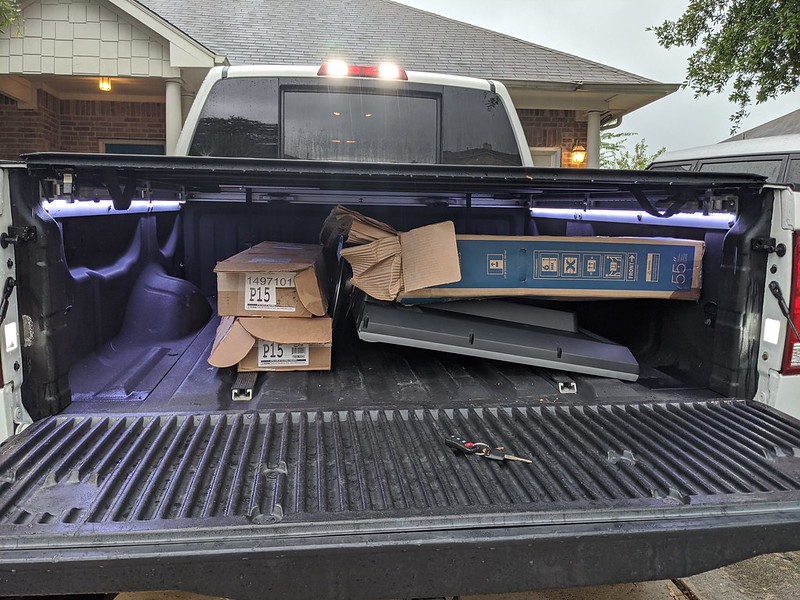 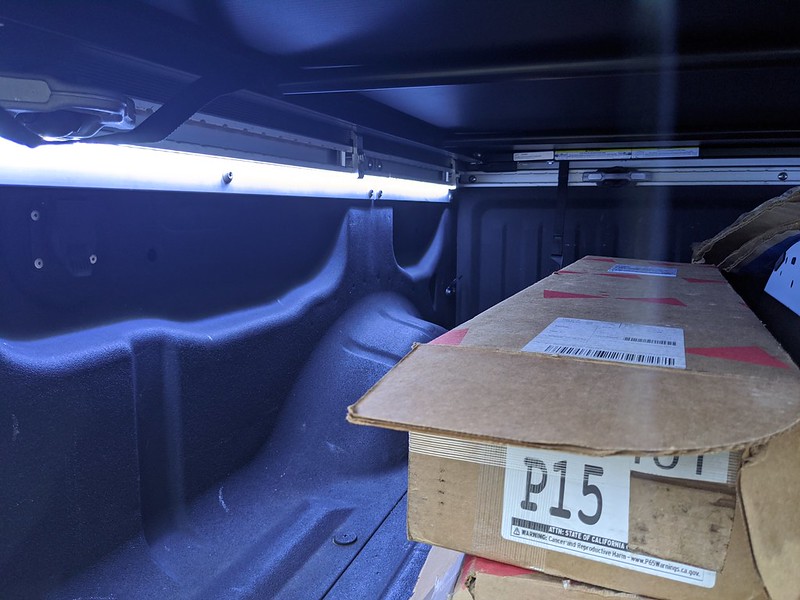 Added a flag pole to an old trailer hitch. Used 6 ft 1/2 steel pipe and some couplers

I’m really happy with my progress on it. She’s gone from being a use once in a while vehicle to something I’m confident in taking on trips again. It warms my heart and reminds me of when my family used to pile in and go someplace with her. 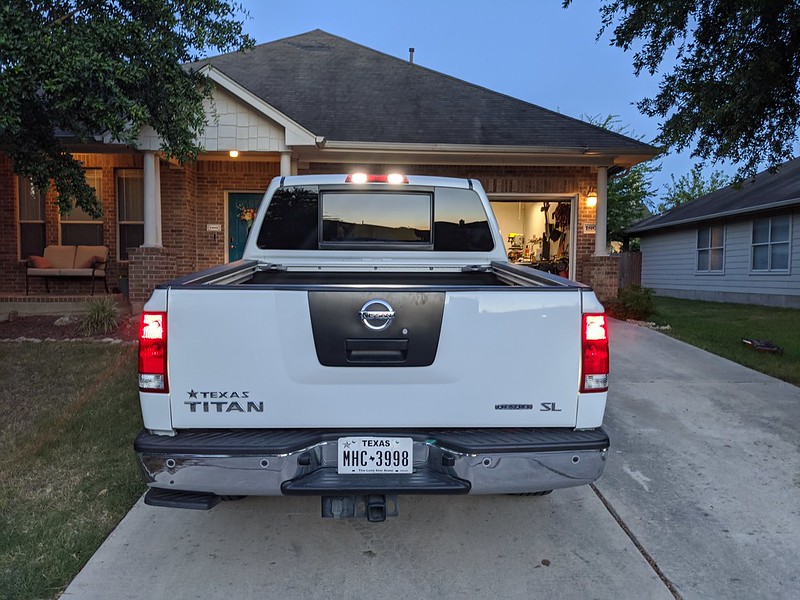 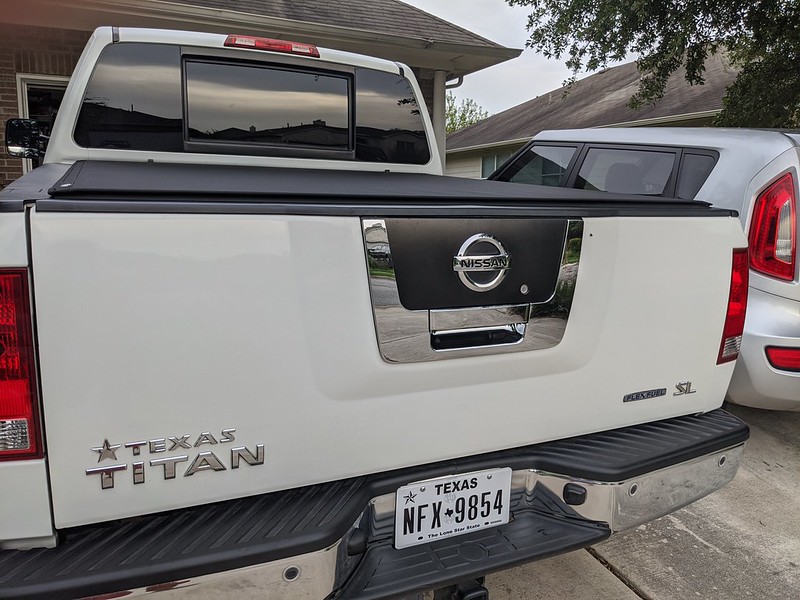 I also received my Hellwig traction springs today. I'll probably install those on Wednesday, along with my 2" leveling kit.
D

Joined 8 mo ago
·
7 Posts
Put new AT tires on my Titan today to replace the Hwy tires on it since I got it a year ago. It has a whole new look, a bit more aggressive.

Originally thought it was the IPDM. I replaced it with the newer updated unit from Nissan. 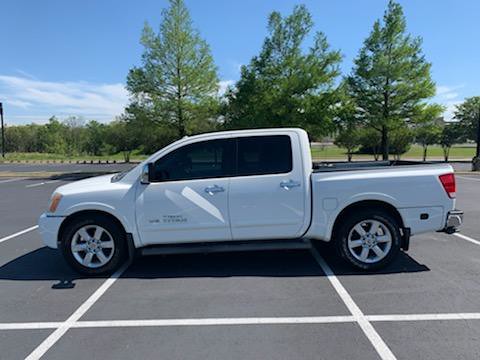 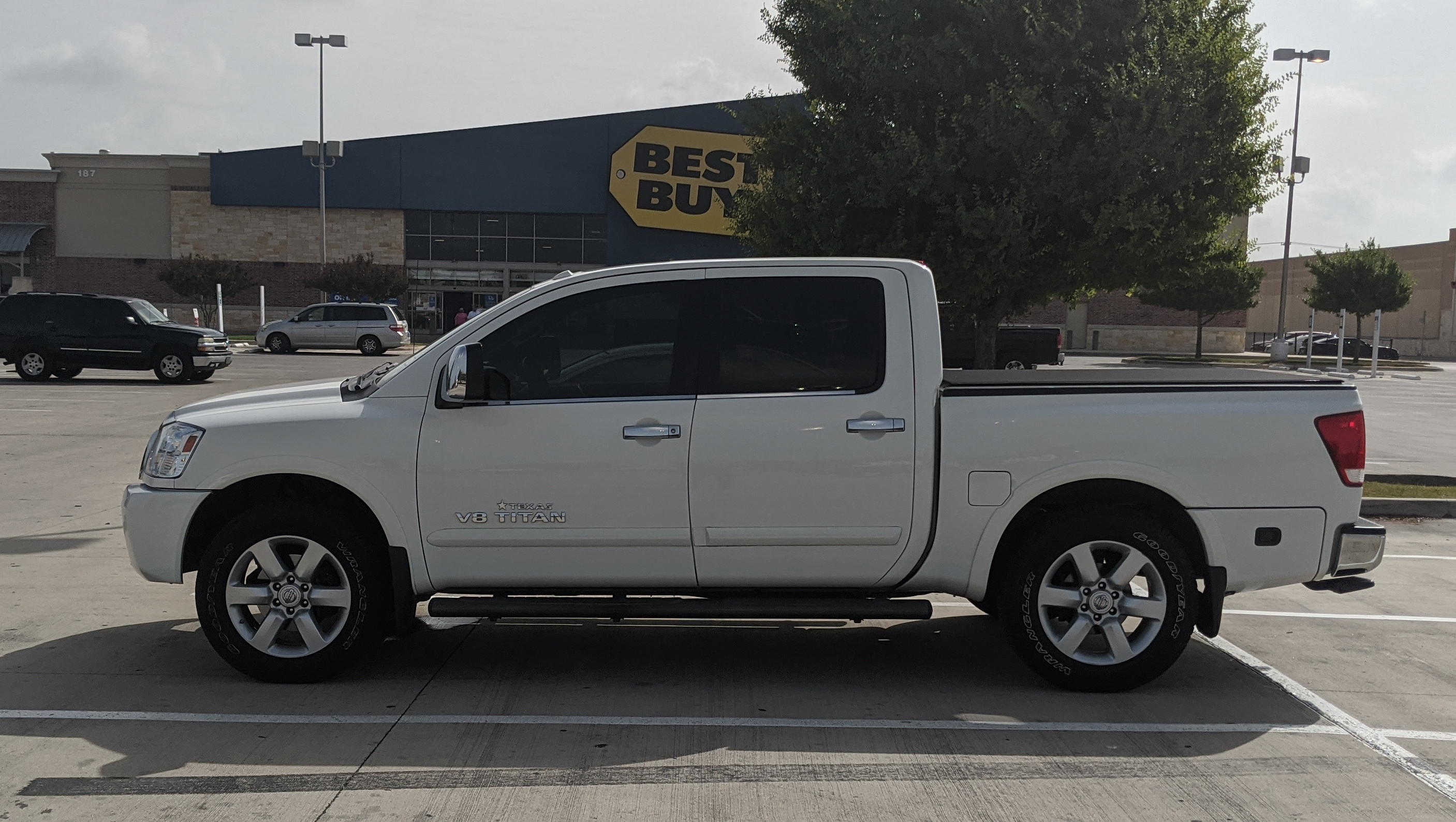 gweasel77 said:
I'm about to install a new crankshaft position sensor on my '05.

Originally thought it was the IPDM. I replaced it with the newer updated unit from Nissan.

Keeping my fingers crossed for good luck. 🤞😁
Click to expand...

What did you get?

Sent from my SM-G986U using Tapatalk

Just out of curiosity...any particular reason you got rid of the storage?
1

Wishing it would start for two days straight

BIGSTUF said:
Just out of curiosity...any particular reason you got rid of the storage?
Click to expand...

I have 2 car seats attached in back seat for another 7 years or so. Storage box isn’t really usable without taking the car seats out. Plus wife has about $10k is canon camera gear that goes under seat when we travel.

shedlock said:
I have 2 car seats attached in back seat for another 7 years or so. Storage box isn’t really usable without taking the car seats out. Plus wife has about $10k is canon camera gear that goes under seat when we travel.
Click to expand...

Makes sense....I only have 1 little one for now so I still have use for the other 60% at least